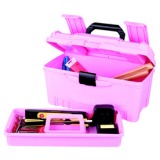 When I was in college I interviewed for a camp counselor position at a summer camp. The director of the camp asked me if I believed it was okay to spank children.  I told him that I wouldn’t spank a child that wasn’t mine.  He then asked if I would spank my own children when I had them.  I told him I couldn’t imagine not spanking them to correct them.  He then told me that he had never spanked his grown children.  I never forgot that because I just couldn’t imagine it. How did he correct his kids then?

When I became a mother for the first time, as I sat in the hospital room with my son for the first time after everyone had left I just held him and I cried and cried.  I knew that the world could be a hard place and I knew that he was bound to get hurt and my heart just broke for him that he would hurt in this life and there was nothing I could do to protect him. This was before I knew Bennett would struggle in his development, be on the autism spectrum or have anxiety relating to people.  All of us face the harsh realities of a cruel world. Spanking him was the furthest thing from my mind I couldn’t imagine it.

With time though, as he became a toddler and began to test his boundaries and my words didn’t seem to do the trick, a quick swat on the bottom is what got his attention. Three more children and 10 years later I find that I’m quick to move right towards, even joke around about giving the kids a spanking.  Not like making a vicious joke but like as my own Father once did with me on a rare visit with him when I was in about 6th grade. He didn’t want me to drop the g’s when I said words ending in -ing.  I wasn’t used to someone having an issue with this so when I got frustrated with it I said “doin’, nothin’, somthin’!” to which he replied without skipping a beat “spankin’ beatin’ whippin’!” We both laughed. I got the point. My kids will demand something like “I said I wanted a TURKEY and CHEESE sandwich!! (not pb & j) to which I’ll respond “how ’bout a SPANK sandwich?” See what I mean?

I’ve told myself that I wanted to associate bad behavior with pain, it seemed to be a good reason until tonight.  A friend posted something on facebook that really got to me.  I don’t want to teach them that mistakes are the same as bad behavior and that when they mess up that they are doing something bad.  I want them to associate mistakes and wrong behavior with the reality that they need God’s grace in their life and that “none are righteous, no not one.” Rom. 3:10 But righteousness is given through faith in Jesus (Rom 3:22).

Now, Proverbs 18:6 says that “A fools lips bring strife, and his mouth calls for blows.” We can’t leave out the verse everyone equates with spanking your children “Spare the rod and spoil the child” Prov. 13:24 I don’t mean for this to turn into a debate about whether or not to spank children. A spanking can be just one tool in a toolbox of discipline.  I think I’ve heard somewhere that spanking all the time is like using a hammer to fix every problem. Sometimes you need a gentler tool like pliers or a screwdriver. I want to increase my collection of tools and get better at using the right one for each situation.  I’ve promoted works, “be good” “do good” more than a consciousness that only through Christ is anyone good.  I want them to know that there’s grace when they miss it and I still love them when they are good, bad and/or ugly, more importantly God does too.

All that being said, it’s tough being a parent.  We have so much influence don’t we? Yet, there’s grace for this momma too. And I’ve learned that all things are redeemable.  Romans 8:28 says “And we know that God causes all things to work together for good to those who love God, to those who are called according to His purpose.” So onward I go, one step at a time, hoping to offer a balance of discipline and grace.   #(not that I really know what a hashtag means or how to use it but…)pray for me!